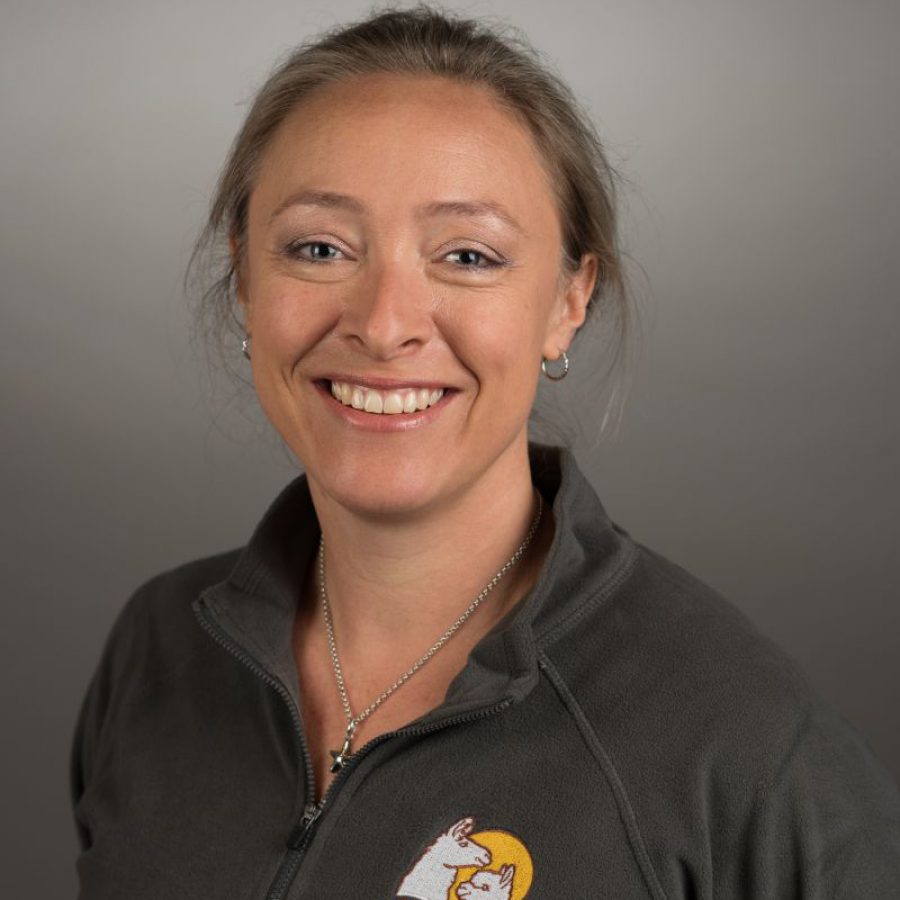 Claire graduated as a vet from the University of Edinburgh Royal (Dick) School of Veterinary Studies in 1999. She then worked in private practice for a couple of years in the South of England.

Having had a growing herd of alpacas at home over the preceding 10 years, Claire realised that there was a niche to be filled in the area of Camelid veterinary medicine in the UK and moved over to the United States to learn about the veterinary care of camelids (mostly alpacas and llamas) from globally-renowned experts: initially this was just for 6 months, but she ended up landing a prestigious Residency in Large Animal Internal Medicine at The Ohio State University Veterinary Medical Center, working under David Anderson. As a US-based residency, this entailed long hours (70-80 hours /week) and little holiday (10 days a year!) but after 3 years she had completed the residency, become board-certified with the American College of Veterinary Internal Medicine (Large Animal) and obtained a Masters degree with a thesis on vitamin D supplementation in camelids. The learning opportunities and caseload were second to none anywhere in the developed world with 1500 camelid patients alone seen annually within the Food and Fibre Animal section.

Following a further year as a Clinical Instructor in Camelid Medicine & Reproduction, Claire then moved back home to the UK, setting up the Camelid & Farm Animal Hospital at the Royal Veterinary College (London). She left the RVC at the end of 2010, and subsequently set up Camelid Veterinary Services. She was recognized as the first and only (currently, 2019) RCVS Specialist in Camelid Health & Production in February 2016. She is the current President of the British Veterinary Camelid Society.

Outside of work, Claire developed a ridiculous passion for long-distance cycling and triathlon and is a 3-time Ironman triathlete. However, this activity slowed down with the arrival of gorgeous daughter Grace in 2013! Claire still enjoys the three sports, albeit at a more sedate pace (!), as well as travelling and music.